Globetrotter is a non-branded store at 300 Richmond Ave. at Point Pleasant. It’s the one I’ve passed over and over again along the beach access ramp, and I assumed it only sold landscaping, like the giant pots and stoneware figurines on display at the outside.

Luckily, my parents – landscaping enthusiasts – peeked inside recently, and my dad was so blown away he brought me to Globetrotter to see it with my own eyes. After making the first impression walking down the one-way street adjacent to the store, he introduced me to Dean Fengya, owner and artist.

A fellow traveler and New Jersey native, I returned to interview Dean, who has traveled over 100 countries over the past 45 years. I was curious about his inspiration for the store’s stunning assemblage of objects and how he hopes to inspire others with his creative collection. 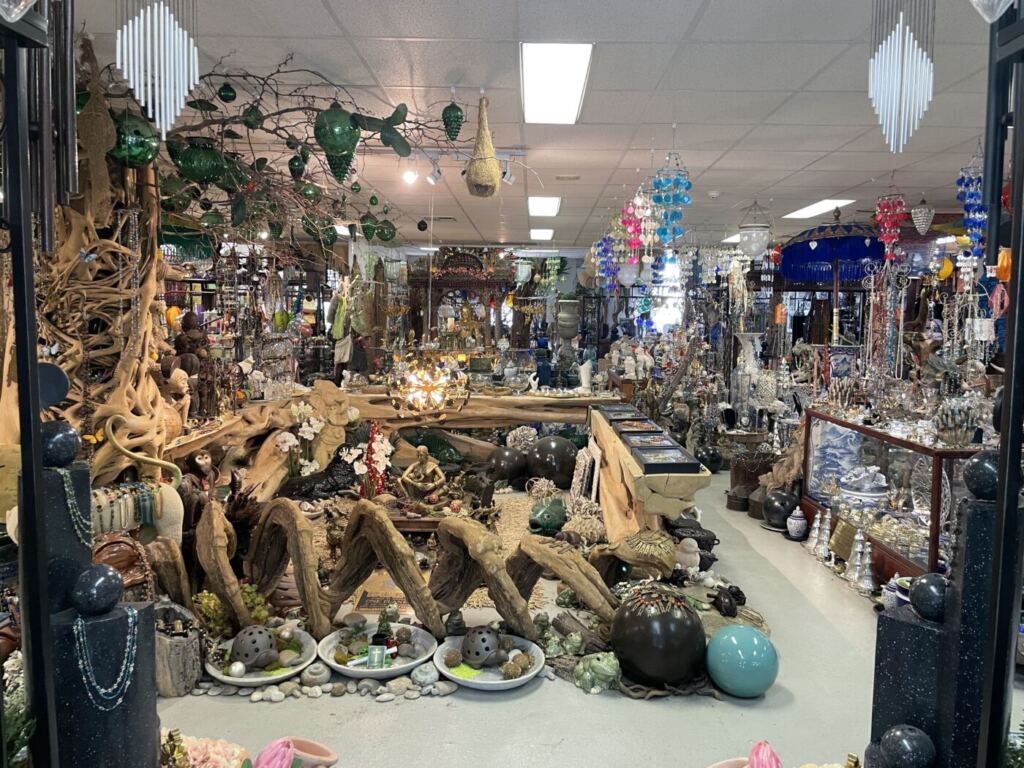 The intentional blend of product influences is based on a world Fengya wants to live in; a world that celebrates a shared common humanity despite differing belief systems. Photo by Bretagne Chrusciel

Jersey’s Best: Tell me a bit about the store for those who haven’t been there.

Dean Fengya: I am a conceptual artist. So, although it is a retail store, it is an art installation and a piece of concept art. A lot of (concept art) is based on theories and ideas. I chose to do something that didn’t have much of a planogram or template, but I had an idea; a singular vision.

We’re not fashion-based; we’re not what’s “in” right now. I am informed by beauty. And so, if something is beautiful today, it should be beautiful in 10 years and in 40 years. It should not be trend based.

As we age, we can sometimes take on the jaded gaze of an adult. And we think we’ve seen it all or done it all or whatever. And one of the inspiring things about being around young people, and especially children, is that they’re not jaded — everything is new and everything is wonderful. And so, one intention that I make in the store is to… put back the wondering child eyes. From the feedback I’m getting, I think that’s something that happened. 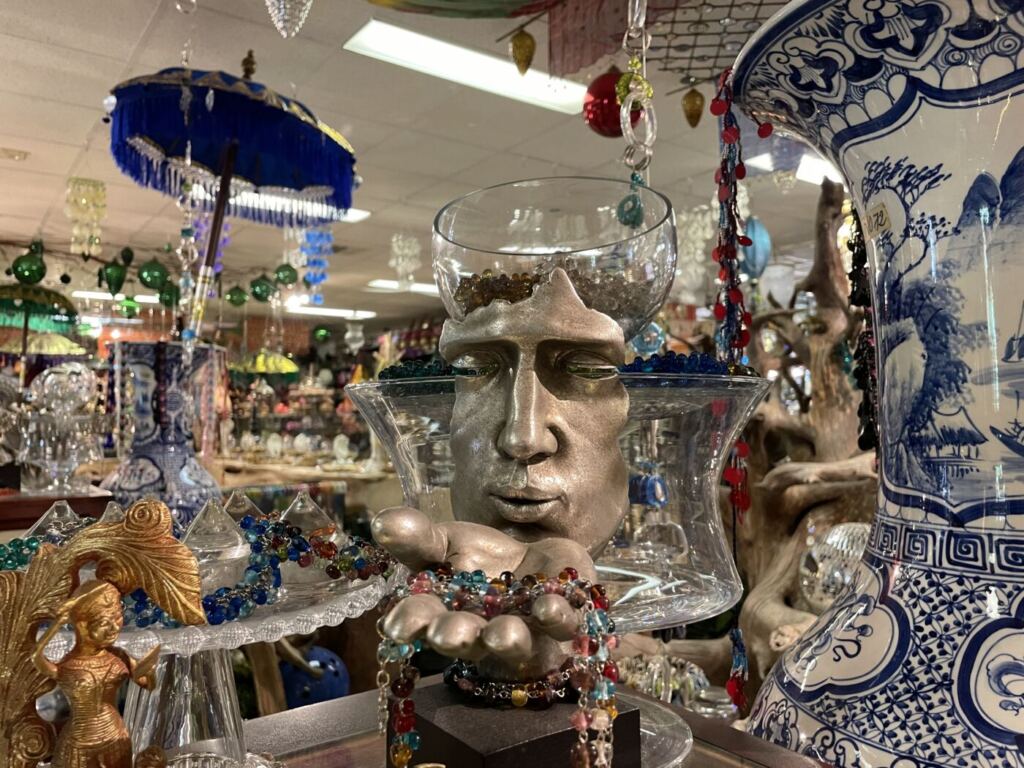 Fengya finds his childlike eyes amazed as he selects the items to place in his store. Photo by Bretagne Chrusciel

JB: The store is called Globetrotter. Do you hope your store will inspire others to travel?

DF: It happens, by the nature of the animal, that people are curious; myself and the company were an impetus for people who didn’t really think about the larger outside world. I’ve had a lot of people come in and ask about certain places and then come back and tell me they’ve been to those places.

I have a little shiver in the back because has inspired people to travel, and while I think you can certainly be a wonderful citizen and never leave your backyard, I also believe that an easier, lazier way to become a better citizen of the world is to to have a better understanding of the world – and to understand that not all people in the world live like us. 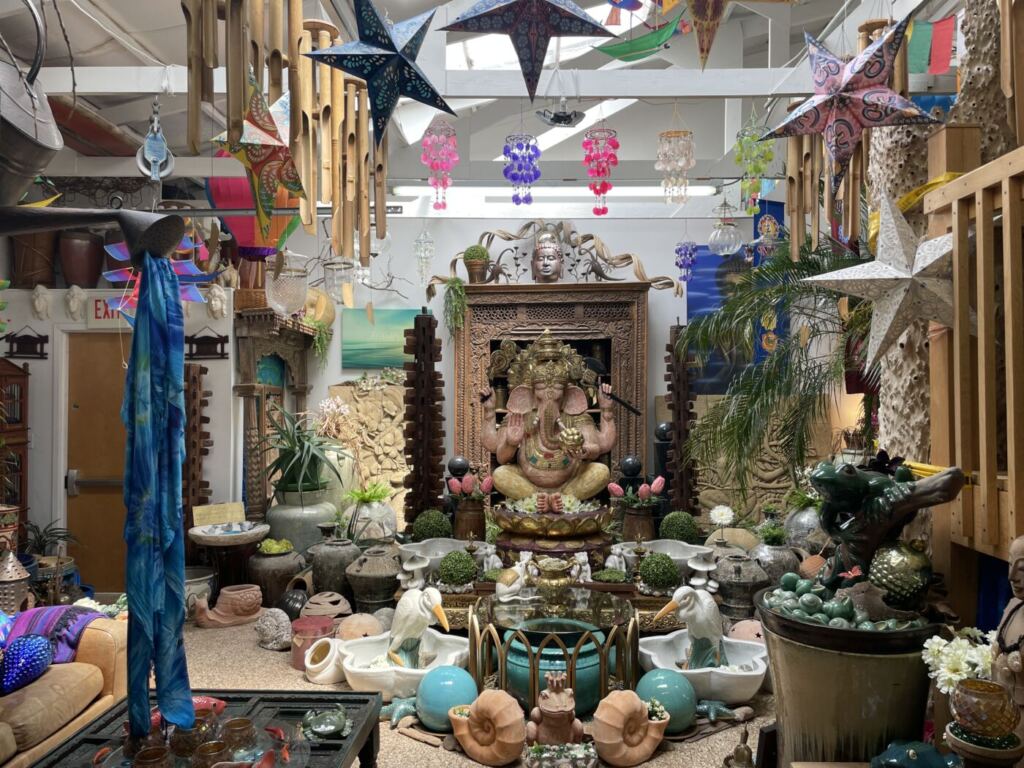 Globetrotter in Point Pleasant isn’t just a retail store, it’s an art installation and a piece of concept art. Photo by Bretagne Chrusciel

JB: The store is obviously very influenced by Asian culture. Can you tell me more?

DF: There are about 40 to 50 countries represented here. We do not divide the store into different regions and zones; everything is a mixture. Virtually every religion in the world is represented here. The intentional blend is based on a world I want to live in; a world that celebrates a shared common humanity despite differing belief systems.

Fengya operates a dozen kilns in Vietnam, where he has helped make an old-world ceramic method called “anagama” for more than 30 years.

An anagama oven is a wood-fired earth oven built into the side of a mountain. We make the pieces in granite sandstone… we make all the pieces by hand; we enamel them with natural components. We put them in the ovens, we brick up the doors, and then, for a whole week, we go up and down the mountain, fueling the fire with wood at 2,022 degrees. A single pot can take between 13 and 14 weeks to make. 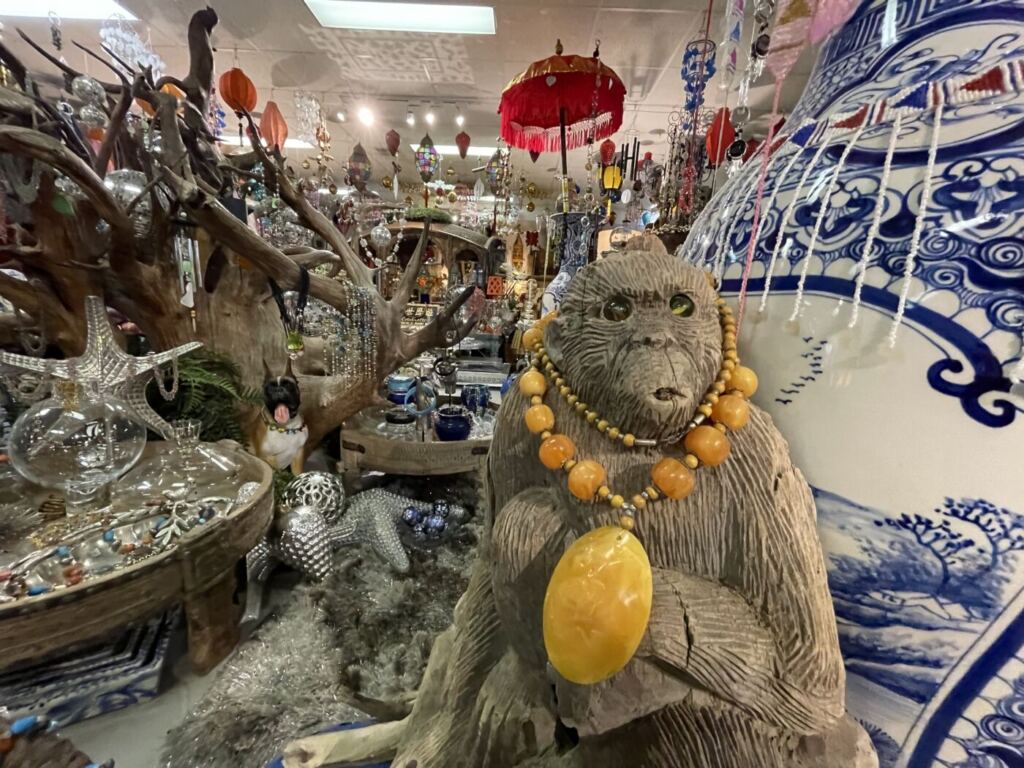 The store has become an impetus for people who don’t really think about the outside world. Many come back saying they’ve traveled to places because the store sparked their curiosity. Photo by Bretagne Chrusciel

JB: How would you advise someone to approach the store? They come in through the door and then…

DF: I’ll actually give a little history of the store, and the rules of the road, and then I suggest they go to the right. The aisles are relatively narrow and one of the narrowest places in the store is just as you enter. Conceptually, it’s based on the desire to get people to slow down a bit as they walk through the store. This way, people can also avoid interacting with other people, if they wish.

Not that nice interactions don’t happen, but the truth is that it can also be a very lonely experience. I won’t tell anyone exactly how they’re supposed to cross the store. What’s interesting is that some people will go through…and there’s dialogue and exchange, but more often than not, people quickly start to separate and have an individualized experience.

It is not uncommon for customers to spend hours in the store; it’s much more unusual for it to be five minutes. But I’m not offended by quick visitors. Most people will spend 15-30 minutes. You’re not going to inculcate everything that’s happening here, but you’ll absorb some of the vibe of this time period.

Although it is a retail store, the motivation and creation of this one is not based on consumerism or “get them in, get them out”. Although it’s nice to sell things, I’m flattered by the person who comes and spends the time; who gives me his time to see what I have done.

Thoreau once said, “To affect the quality of the day is the highest of arts. 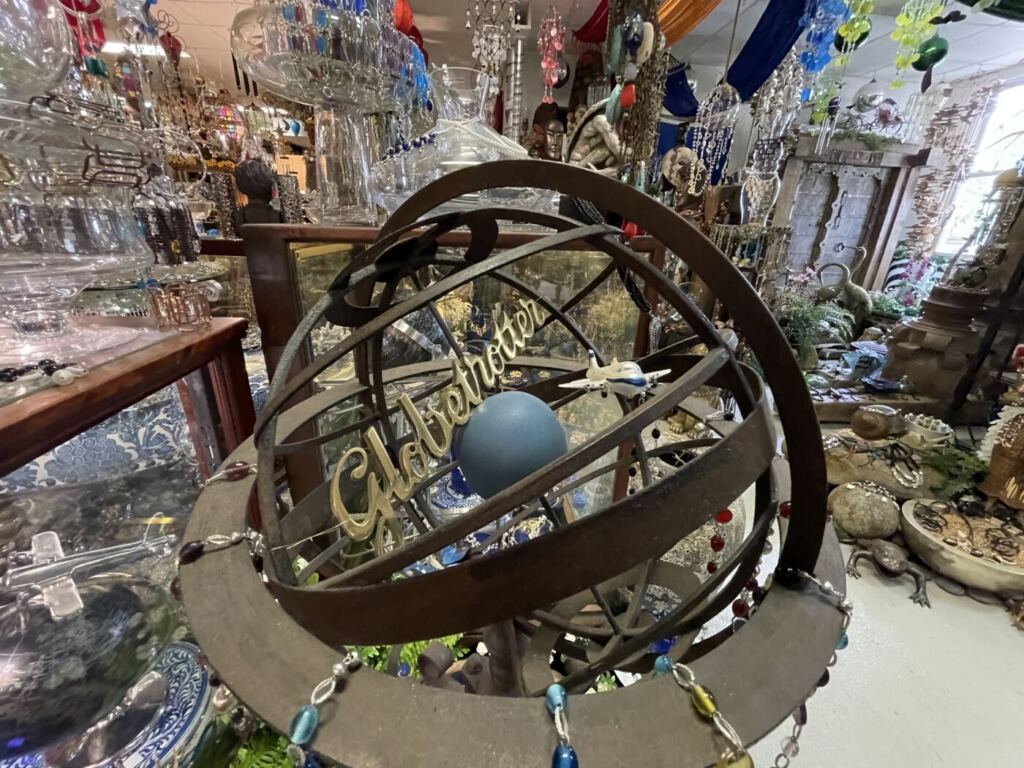 There are approximately 40-50 countries represented at the store. It is not divided into different regions and areas; everything is a mixture. Photo by Bretagne Chrusciel

JB: For all your travels, why is the store in New Jersey?

DF: It is the house. I don’t know what the data points would tell you, but I think a large percentage of the US population is probably no more than 50 miles from where they were born.

This is also the beauty of travel. It’s not just about going away and what you see, but coming back…traveling allows you to see your home again in a new way.

Brittany Chrusciel is a travel writer and editor and longtime resident of Monmouth County. When she’s not traveling the world, she calls Asbury Park home and enjoys seeking out new and original experiences in the Garden State.

This article originally appeared in the Fall 2022 issue of Jersey’s Best. Subscribe here for in-depth access to everything that makes the Garden State great.

Delivered to your inbox every two weeks on Thursdays, Jersey’s Best is pleased to offer a FREE subscription to Garden Statementhighlighting the best and most popular Jersey content.

Google’s first retail store opened in New York last year with in-person shopping, repairs, advice and product demonstrations. The Google Store also had a Stadia room, but this has been removed from the Chelsea location. The Google Store in Chelsea, New York has removed its Stadia Experience Room for the past week or two, 9to5Google […]

The effectiveness of keyword spamming on the App Store is leading many app developers to rename their apps – including those owned by major brands… Apple Commentator John Gruber noticed the trend, and was puzzled. Last week, I noticed an update for an app on my iPhone with a name that struck me as odd: […]